Recode Studio is a brand new XR & Virtual Production Studio based in Manchester.

From Manchester to the Moon: 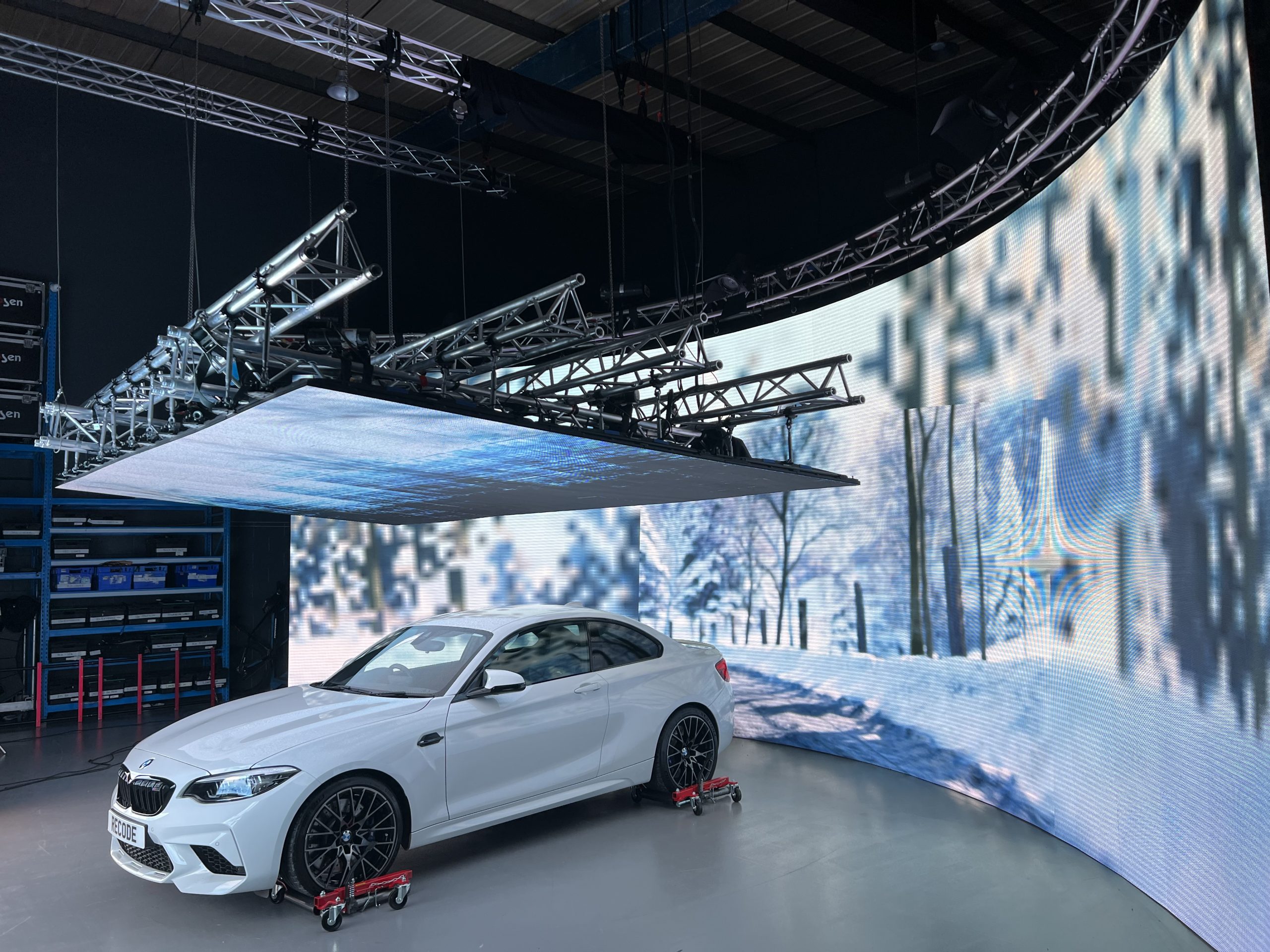 Fade in: Venice Boardwalk – day. You’re strolling through a bustling scene as waves crash into the golden dunes behind you. Cut to: the Serengeti – sunset. A pride of lions circle some nervous looking zebra. They close in to strike when your surroundings change yet again – this time plunging you onto the surface of the Moon, complete with spaceships silently looming overhead. Each of these spots look as vibrant, detailed and most importantly, authentic, as can be – only they’re not. In reality, they’re in the same place and you’ve visited all three in a matter of hours without ever leaving Salford. The secret? It’s not some new form of high-speed travel. It’s a state-of-the-art LED volume in Trafford Park.

Formed in 1999, Carbon Digital has spent more than two decades pushing the boundaries of visual effects, attracting world-renowned clients like Sony and Unilever and winning industry awards in the process. In recent years, their team has refocused their efforts into servicing a growing industry trend that’s changing the way productions big and small operate. Combining the latest game-engine technology with cutting edge video wall equipment, virtual production is likely best known from its innovative use on Disney+ mega-hit The Mandalorian, where it placed stars into fully immersive alien landscapes. However it hasn’t taken long for this game-changing technique to become available to those outside of the big-budget Hollywood elite.

“It’s the perfect fit for us,” explains the company’s Virtual Production Director, Paul McHugh. As game-engine experts that spent years creating high-end visuals for industry leaders – many in the games space – the arrival of a new strand of virtual production that relied on digitally designed scenery gelled seamlessly with the company’s existing skillset. By combining software like Unreal Engine with their new bespoke studio, Carbon Digital is poised to become a one-stop-shop for content creation. “The benefit of working on a LED wall is that clients know exactly what they’re going to get beforehand,” he tells us. “You can plan with the Director and Director of Photography ahead of the shoot – which means when you get to set, the lighting is going to be done in a fraction of the time because you’ve already worked it out. This way, you can be a lot more focused.”

This added efficiency not only allows productions to make better use of their time, it also saves money. McHugh points to a recent project as a great example of this all-important factor in action: “Our recent Ballet Dancer video was shot in a day and edited in a day – that’s just two days. We knew every shot going into it and we did it all ahead of a normal working day,” he reveals. “On a normal studio shoot, you’re always going into overtime. We were able to finish that by 5pm – and we didn’t even start until 10am. It was a real eye-opener for us. We were quicker than we thought we’d be,” he smiles. “For the client, you’ve got massive time saving – which means money saving.”

Wallets aside, shooting on a pre-programmable video wall also makes life easier for the performers tasked with guiding client productions to audiences. “If you’ve got a green screen, actors don’t know what their environment is but when they’ve got an LED wall, they can see where they are and where they’re supposed to be. It completely changes the whole feel of the production and helps keep people focused, because they’ve got something to look at rather than a green wall.” It also has perks from a production perspective, providing added detail and accuracy and saving money on post-production amends. “If you have a table top with knives, forks or anything reflective, the cutlery will be reflecting green and will disappear,” explains McHugh, detailing the limitations of using a traditional green screen method. “When you’ve got an actual LED wall behind you, the reflections are real and the refractions through glass are really that environment. It makes a significant difference.”

While heavy-hitters like Disney and Marvel have catalysed the use of this new technique, the industry-disrupting events of the past year have had a huge impact too. For an industry heavily affected by travel and social distancing restrictions in the wake of COVID, the ability to streamline projects is an undeniable perk. “One of the benefits of what we offer is that you need fewer people,” suggests McHugh. “For example, a big part of any production is the lighting – but with us, a lot of the lighting comes from the wall, so the amount of crew you need is reduced. You can get away with what would essentially be a skeleton crew – and we’ve proven that,” he says. “With COVID, we’re still in uncertain times. You might be able to get somewhere to shoot but then might not be able to  get back without having to go through two weeks of quarantine. I think the current situation has accelerated this whole process.”

Carbon Digital has a long history with Creative England that spans everything from business loans to being featured as one of our CE50 and Future Leaders. In 2020/21, the Creative Enterprise New Ideas Fund helped them create a bespoke augmented reality app designed to enhance the viewing experience of new episodic crime drama series – and as McHugh attests, Creative England’s ongoing support has been integral in successfully developing and elevating the company. “We’ve always thought of Creative England as a good place to get some advice and connect to the people we want to connect to help get the business going. They just want to see companies flourish – so if they can help facilitate a useful connection with somebody, they will. I’d definitely recommend them to anybody starting off who wants to make the journey easier. Business is hard,” he admits, “but when you’ve got access to the people at Creative England, it’s going to make things easier. There’s a lot of resources there.”

With Creative England playing a part in the creation of their new Recode XR Studio, Carbon Digital’s success is the success of the overall creative industries in the UK – and their future looks bright. “If you can imagine it and build it, then you can shoot in it,” reasons McHugh, pondering the limitless possibilities of virtual production in a post-pandemic world. “When it comes to travel, we can create any environment – whether that’s South Africa, Hong Kong or whatever you need. We can create that in Manchester so travel budgets are massively reduced,” he adds. “You could jump on a plane, fly to LA and shoot in a $20 million mansion at cost – or you can do it on a wall in Trafford Park,” laughs McHugh. “It’s almost as glamorous – and you’ve saved a fortune!”.

Article curated and written by Simon Bland for Creative England

No comments to show.